The volcano Xinantecatl, commonly known as Nevado de Toluca, is the third largest mountain in Mexico (15,354 ft or 4,680 m) and about 1,000 feet higher than Mt. Whitney in California, the highest in the contiguous United States. You can drive right close to the top and then walk up to the crater or hike through the forest below.

On this occasion, late November of 2011, friends from my mountain biking group Escarabajos Toluca and I hiked up to one of the summits. From there you can see all of the Toluca valley and the two lakes in the crater.

You can see Toluca way down there:

On a clear day like this you can see the two huge volcanoes between Mexico City and Puebla: Iztaccihuatl and Popocatepetl. 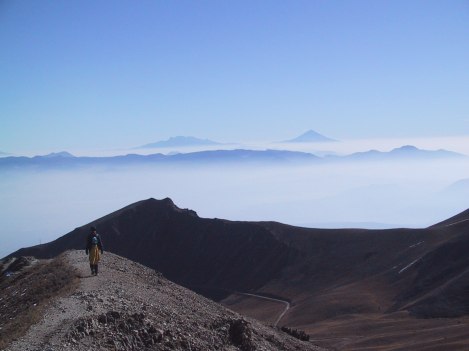 I brought my bike and my friends left me at the top. First I rode around the crater to one of the lakes.

Then I found where the trail diverged and went down, down, down:

Many trails led though the mixed forest eventually to near the Zacango Zoo near Metepec. 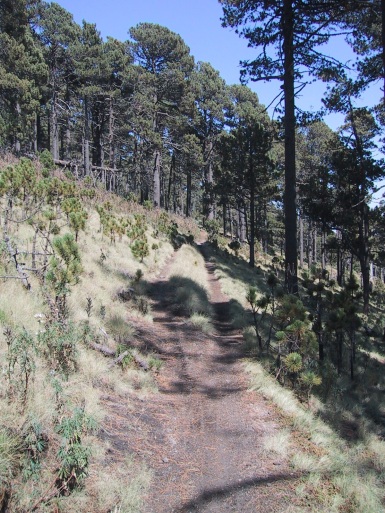 If was about two hours (and more than a few millimeters off my brake pads) from the top of the volcano to where I finally left the forest.