Now Really, Is Mexico Safe or Not?

Also published on the Yucatan Times: Now Really, Is Mexico Safe Or Not?

Last year my friend and her boyfriend took a Caribbean cruise. The boat made stops at tropical ports where passengers got off to have a look around and get a taste of life in paradise.

Two men with black body armor and big guns stood at the end of the dock in Cozumel. My friend got scared.

“We wanted to turn around,” she told me. She, like many Americans, had heard a lot about danger in Mexico: kidnappings, robbery, the drug war! Who were these unsmiling men with machine guns?

Finally she hustled past and spent a nice day on the beach. Later, back on the boat, she asked who the men were. As she suspected, they were private security officers.

They were there to protect the tourists, not kill them. 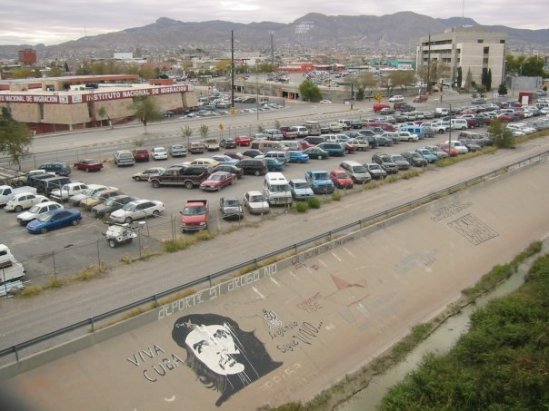 Police with machine guns, escalating violence and a drug war – so why go to Mexico in the first place?

Well, what are you looking for? Beaches? The Caribbean coast has turquoise water, perfect white sand, and well-developed tourism, while the Pacific coast has surfing, virgin beaches, and low-key, low-budget small towns.

Add scenic colonial cities, ecosystems from desert to jungle and everything in between, and cheerful, fun-loving people, and Mexico lives up to its reputation as one of the world’s best tourist destinations.

Yes, parts of Mexico are more dangerous than Afghanistan, but in general the country is safe for tourists. But, three factors will affect your level of safety in Mexico: Where you go, who you are, and how you behave.

The drug war makes the headlines, but for the moment it doesn’t affect tourists nearly as much as Mexican citizens. Your chances of getting caught in the crossfire are greater in the north of Mexico, near the U.S. border, where the drug war rages out in the open.

As a big generalization, Mexico City and all points south are relatively safe, the middle of the country has some sketchy parts (ask at your hotel), and the north is by far the most dangerous part of the country.

Major tourist destinations in Mexico are safe, especially in the south: the Yucatan and the Mayan Riviera (Cancun, Playa del Carmen, Chichen Itza), Chiapas, and Oaxaca, which happen to be some of the nicest parts of Mexico anyway.

Colonial cities in the center of Mexico are mostly safe, like Puebla and Queretaro. Popular tourist destinations like Guadalajara and Acapulco are becoming more dangerous, though there’s no reason to cancel your trip. You can visit, but be careful. Follow the advice of locals and other travelers.

Mexico City has plenty of crime, but compared to other big cities in the country there is less drug violence. Some parts of the city you should never enter, like Tepito, but Mexico City’s many tourist destinations are safe.

However, be careful calling down taxis on the street. There’s a chance, however small, of getting robbed, or worse, driven around to various ATMs where the thieves force you at knifepoint to empty your bank account.

Wherever you go in Mexico, ask about the taxi situation at your hotel. Most hotels have a taxi service that they trust and can call for you.

Do you plan to travel to Mexico independently or as part of a package tour?

Package tours typically include the hotel, meals, and some trips or activities. These are safe, but if you stray away from the group, it can be more dangerous than traveling independently.

The camera around your neck, the tourist sombrero, and the novelty t-shirt will give you away faster than if you were sober and dressed like a normal person.

If you want to ditch the tour and do your own thing, try to blend in. Look how Mexicans dress – usually in jeans and a nice shirt. Save the flip-flops for the beach and leave the safari gear at home.

If you decide to travel independently in Mexico, then ask yourself these questions: How much experience do you have as an independent world traveler? Do you speak Spanish? Will you stay in one place or travel around?

Will you be backpacking – seeking out the cheapest buses, hotels and hostels – or will you take first class buses and stay in the nice part of town?

Robbery is the most common crime against tourists. Take the same precautions you would in any big city. Keep your wallet in your front pocket. Don’t wear expensive jewelry. Don’t pull out a map on the street.

Keep your camera in a pocket or a backpack, not hanging around your neck. Ladies, try not to carry a purse, and if you do, empty it of unnecessary things. Be careful where you set it down.

When you get to your hotel, ask the receptionist what the neighborhood is like. After what time is it dangerous to be outside? Are there any parts of town to avoid?

Between cities, try to pack light so when on public transport you can keep your bag at your feet, not under or on top of the bus. Carry the essentials – passport, debit cards, and any backup cash – in a money belt or a small pouch that hangs around your neck, inside you shirt.

If you stay in hostels, sleeping in a big room full of bunk beds, be extra careful. Don’t automatically trust your fellow travelers. Don’t leave your valuables sitting on the bed. Stay in hostels that provide lockers.

Before you leave your hotel, imagine getting robbed. How would you react? What would the thieves get?

It seems obvious, but I’ll repeat this here: Never resist a robbery. Give them what they want, and as fast as possible.

About that money belt: There’s no point in having all that money hidden if you have nothing else to give a robber. You’ll end up yanking out the money belt to appease him.

When I’m in dangerous places, I carry money on me in three spots. The essentials and whatever I’m sure I won’t need is in the money belt, which I only take out of my hotel if I’m changing cities.

Whatever I will use that day is in small bills in my front pocket, in a wallet or not. And whatever backup cash I might need, I stuff into my socks.

Sounds paranoid? Think about what it’s like getting robbed. What does the robber want? He wants a foreigner’s wallet stuffed with bills (even if they are all small bills) and a quick getaway. Make sure that you can provide it.

So, when you go out for the day or night, don’t bring anything irreplaceable. Leave jewelry and credit cards in your hotel. Don’t carry large amounts of cash.

The most important rule is that no matter where you are or what you are doing, trust your feelings. If someone seems strange, don’t feel bad about getting away from him as soon as possible.

If someone calls out to you on the street, ignore him. Many people have been robbed (or worse) because they didn’t want to be rude to a stranger.

And, finally, lots of foreigners come to Mexico to get drunk and party. They might do things they would never do back home, drunk or sober.

Try to keep it under control. You might not get robbed or kidnapped, but at least you could be overcharged – not to mention making a fool of yourself.

If you want to go to Mexico, go to Mexico. Your chances of being the victim of a crime are low to begin with, and if keep your eyes open and follow basic common-sense precautions, you can reduce that chance to almost zero.

That satisfying feeling of setting your worries aside and discovering a fascinating country will overcome all the fear that has been driven into your head by years of bad news coming out of Mexico.