It’s a tough time for everyone, especially for those involved in the travel industry. And not only those working in it, but anyone with plans to travel or even a desire to travel.

I don’t need to remind you why. We’re constantly reminded why, in different ways for everyone.

Me—with some extra time on my hands, brought on by a two-week quarantine, I’ve finished some old stories about Mexico. But it would seem strange to post them now. How could I do that, but not mention the state of the world today?

Besides, I don’t really have anything to contribute about the state of the world today. Sure, I have my own story, and the time will come for me to share that. But for now, I want to look back on some of the great trips I enjoyed in Mexico in 2019.

And not only Mexico. My wife and I traveled to Cuba last summer, an amazing and eye-opening adventure. Also we took two short trips to the U.S., one to San Francisco and the other to Michigan. One of these days I’ll get around to writing about those, or at least post some photos.

We’ll get through this, and we’ll travel again. There are countless fascinating destinations in Mexico, not to mention the world. Even in my ninth year living in Mexico, 2019, I found new and wonderful places to explore, some of them only an hour or two from my house.

These were some of my favorites: 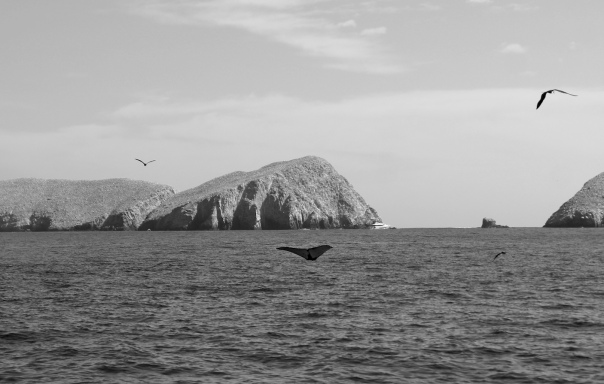 Humpback whale in front of Morros de Potosi, near Zihuatanejo

Zihuatanejo is a beach town on the Pacific Coast, between Acapulco to the southeast and Puerto Vallarta farther northwest. It’s a good alternative to those two more famous beach destinations: cheaper, less developed, and undeniably beautiful, with several beaches and good snorkeling and fishing all along a secluded bay.

I went to scuba dive, among other places at one of the best dive sites in the Mexican Pacific: Los Morros de Potosi, a series of white guano-covered islands surrounded by underwater wildlife. As you can see in the photo above, we saw a humpback whale on our way to go diving.

The end of the underground portion of the Chonta River, near Grutas de Cacahuamilpa National Park

A few hours south of Mexico City is a national park I’ve passed on many bicycle rides over the winding highways between Toluca (where I lived) and Taxco to the south: Grutas de Cacahuamilpa.

Before I visited the actual cave, in 2018 I hiked and swam down an underground river that exits the mountain nearby. This was an incredible experience of something like eight hours, spent inside a long twisting cave that was mostly the size of a highway tunnel, but with a freezing cold river at the bottom instead of asphalt.

I assumed the Cacahuamilpa Cave would be similar, but when I finally visited in 2019, I was blown away by its size. Chambers that could fit skyscrapers were connected by smaller passages, making for a several hour walk from the entrance and back.

Look closely at the second photo above, and you can see the lit footpath far below the roof of the cave. 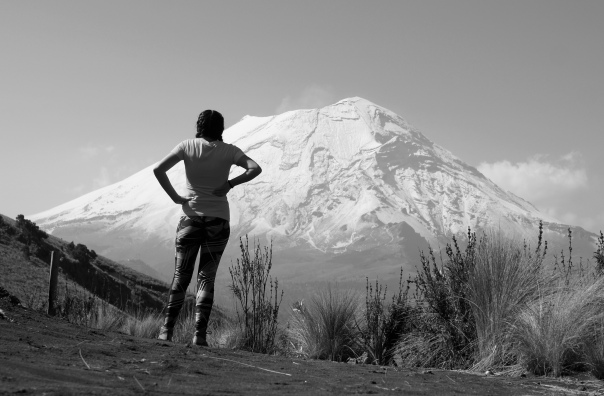 Two volcanos tower over Mexico City: Iztaccíhuatl and Popocatépetl, often shortened to Izta and Popo. Popo (in the photos above) is active and off-limits, while Izta is dormant, and a long, high-altitude, yet non-technical hike leads to the peak.

My wife and I went hiking in Itza-Popo National Park twice in 2019. The first time we hiked the saddle between the two mountains. I wrote about it here.

A few months later we went straight to Izta and hiked high to its rocky crown.  Although we didn’t make it to the highest peak, the Chest, we made it to the high alpine area, summiting the First Knee (5,034 meters, 16,515 feet).

Iztaccíhuatl means “white woman,” and its peaks are named after parts of her body. The photo below shows Itza from the trailhead. The First Knee is a tiny bump slightly to the right of the highest point you can see in the picture: 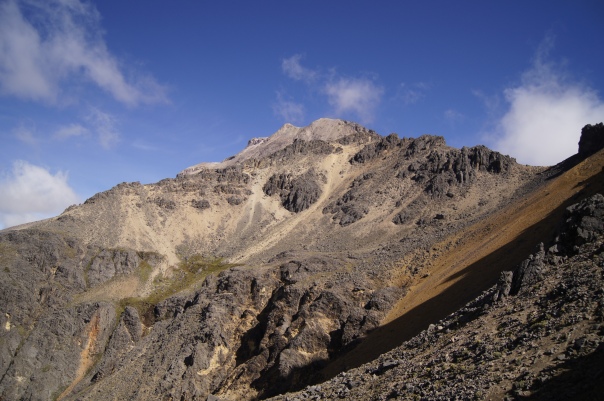 Well, that’s it for now. Thank you for reading. Please leave a comment if you want tips about visiting these places, or if you’ve visited already. You can fly or take a bus to Zihuatanejo, but you’ll need a car for Cacahuamilpa or Itza-Popo National Park.

Soon I’ll add a second part about more destinations in Mexico, such as other hiking spots and some places in the Mayan Riviera. Also, check out two I already wrote, about a butterfly sanctuary and a bike ride to Valle de Bravo.

Stay safe out there!

Tips for Flying in Mexico and Finding Cheap Domestic Flights

I’ve said it before and I’ll say it again: Unless you enjoy excessive air conditioning, bad movies in loud Spanish, or sleeping sitting up, don’t take a long-distance bus between major cities in Mexico, at least not before checking the price of domestic flights.

This isn’t because long distance buses are dangerous or unreasonably uncomfortable. In fact, for most independent travelers in Mexico, the bus is the way to go. A variety of bus companies with competitive prices travel all over the country, and riding them can be a fun experience that brings you closer to the locals. Second- and third-class buses are often surprisingly cheap, and though expensive, first-class buses are much nicer than Greyhound, with big reclining seats and plenty of legroom.

But a flight from, say, Mexico City to Cancun is bound to be cheaper than the first-class…

Unless you’re looking out of an airplane window, you might not even notice that Mexico City is surrounded by mountains, including the second and third highest in the entire country. You can see the green slopes and sometimes snow-capped peaks off in the distance when you finally escape the dense neighborhoods of the mega-metropolis.

At least ten national parks are within driving distance of the the city, meaning hiking trails, ziplines, ATM rentals, old ruined convents, waterfalls, caves, and expanses of pine forest. You might even get lucky and see animals like weasels, the tiny teporingo rabbit, white-tailed deer, long-tailed wood partridges, horned lizards, tarantulas, and rattlesnakes. Don’t be afraid of these last two–they’ll leave you alone if you leave them alone. 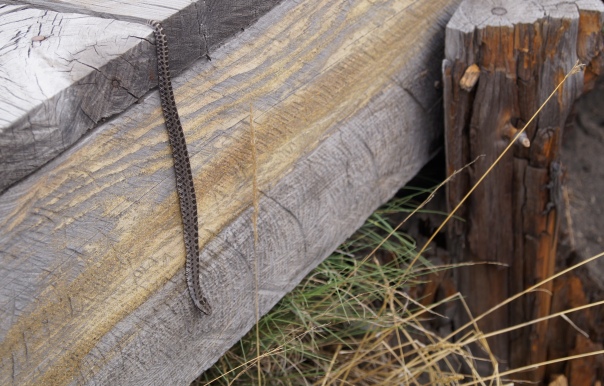 What you should make you cautious, however, are badly-marked trails and some safety issues, especially robberies. So if you want to go hiking near Mexico City, go in a group, stay on the most obvious trails, and come prepared with rain gear, layers of warm clothing, food, and lots of water. Also, choose a national park where you must pay an entrance fee and can park in an official parking lot, which will greatly reduce (if not eliminate) the possibility of criminals on the trail.

If the trail takes you high into the mountains, even better. For all these reasons, Itza-Popo National Park is probably the best for a day of hiking near Mexico City. I’ll write about other places in later posts, like the Cubres de Ajusco and Nevado de Toluca national parks.

You’ll need a car to get to there, or else pay for a long taxi or uber ride. Driving there is straightforward–just follow directions on Waze or Google Maps to the Paso de Cortés (Cortés’s Pass), where the park entrance is located. Get up early; the best light for photographs is in the morning, and rain is most likely in the afternoon, especially in summer.

The two tallest mountains next to Mexico City, which are also the second and third highest in the country, are actually volcanos, one active and one long extinct. Active Popocatépetl has that classic cone with a wisp of smoke coming from the crater, while Iztaccíhuatl has a rocky, broken peak that gives few obvious clues to its volcanic origins.

Both of these pre-Hispanic names are quite a mouthful, so they’re usually abbreviated as Popo and Izta (pronounces EES-ta). They were revered as gods by the native Mexica, along with neighboring peak Tlaloc, named after the rain god.

In the Nahuatl language, Popocatépetl means “mountain that steams,” as it’s been active since ancient times. Iztaccíhuatl means “white woman”–like many mountains in the world, people have identified the features of a reclining body in its crags and cliffs.

Popo is off-limits to hiking because of regular activity; big eruptions happened most recently in 2000 and 2005, and it ejects long columns of smoke nearly every day. So the spot for hiking is on Izta, a long, arduous and high-altitude hike that’s only for the experienced and in good shape.

A less difficult hike is the Alpino trail, which follows the saddle between the two mountains. It begins at the parking lot at the entrance to the park and ends at La Joya, the name for the area that has the parking lot for the trail up Izta. Cars can take a winding dirt road to La Joya; the Alpino trail is roughly parallel to it but follows a higher ridge, with the road mostly out of sight.

Hiking Alpino takes about two hours each way, there and back, and has great views of both mountains. If you have enough time, you can continue up the trail to Itza for an hour or two for more great views and a taste of big-mountain experience.

When you arrive, first visit the park office to register and pay the 57-peso per-person fee. Then you can decide whether to start on the Alpino trail right there or continue driving to La Joya, where the hike up Itza begins. 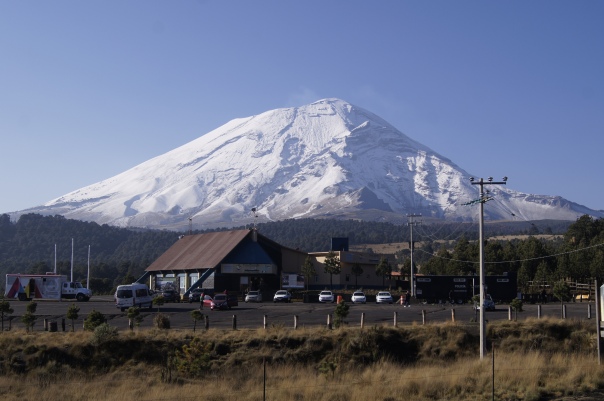 The park office is located at the Paso de Cortés (Cortés’s Pass), named after the Spanish conquistador Hernán Cortés, who crossed it in 1519 after leaving Cholula, the nearby pre-Hispanic capital where he and his men had slaughtered between 5,000 and 6,000 people. Legend has it that, on the way, some of his men climbed Popo to collect sulfur for gunpowder for their canons and rifles. Then they descended into the Valley of Mexico to eventually conquer Tenochitlan, the island city that’s now the central part of Mexico City.

Yes, it’s a long story, and a fascinating one.

Today, a bumpy dirt road leads down the mountain slopes from the Paso de Cortes to Cholula, one of the most attractive towns in the area, with its yellow church built atop a massive, mostly unexcavated pyramid that resembles a hill. So, a nice two-day trip is an early morning hike in the national park, a twisty downhill drive to Cholula, and an evening and next morning exploring the town. You could also visit the city of Puebla right next to Cholula, making for a weekend of dramatic nature, pleasant towns, great food, and astounding history.